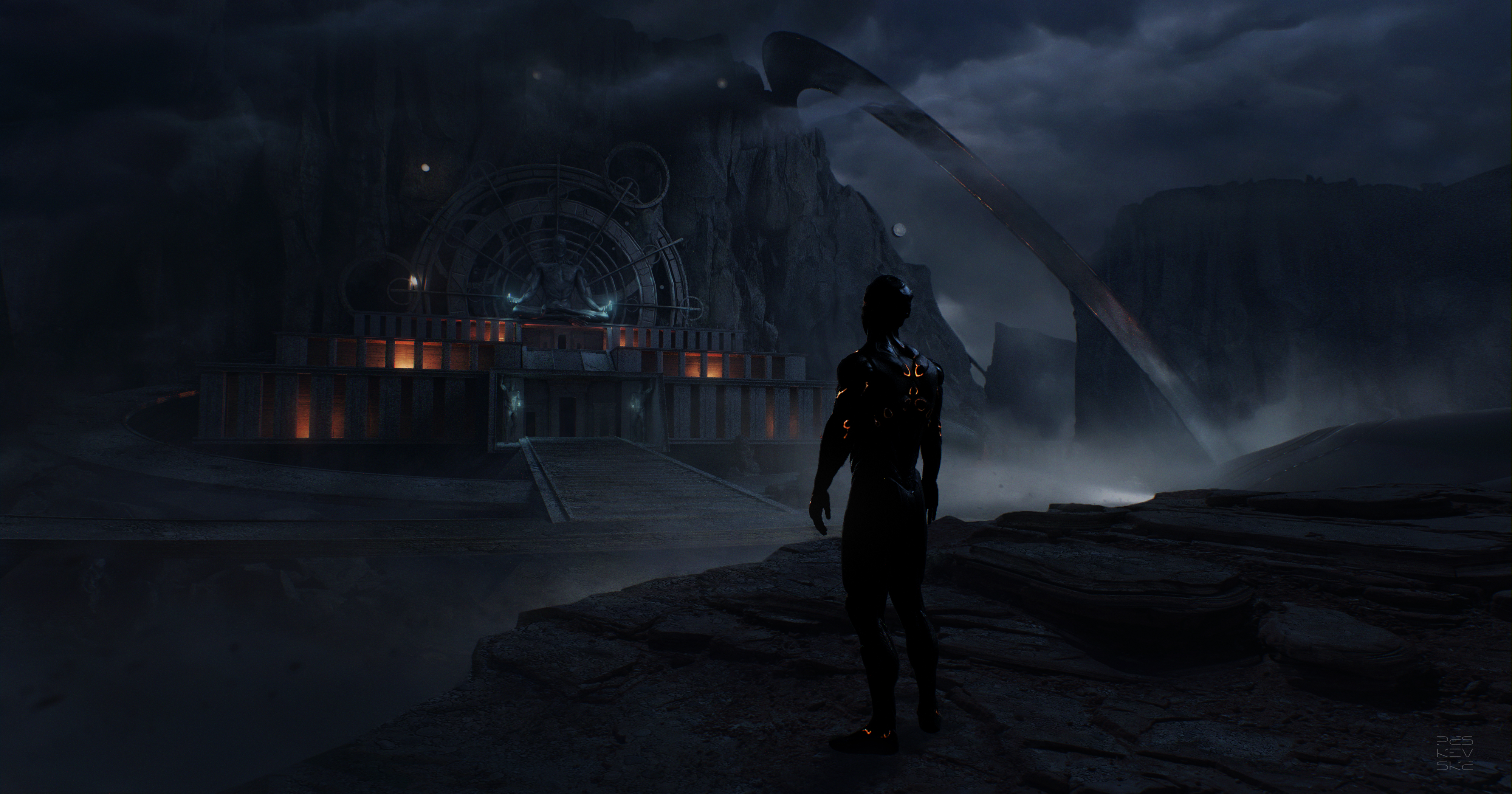 3d models as a keyframe basis

This keyframe was created during the 8-week concept art course with Nikolay Razuev.

The environment scene was built by modelling 3d elements as kitbash3d in Blender software with additional usage of quixel megascans objects.

All 3d character models were taken from the Mixamo platform with additional partial post-editing.

To create a cinematic atmosphere I did an overpainting with photoshop as the main software. To highlight the aerial perspective and get an effect of mysterious lightning I added fog and added some texture overlay to the foreground objects.